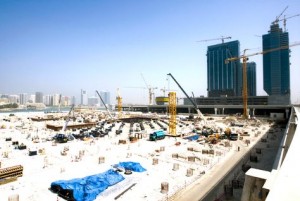 Saudi Arabia is the richest of the Arabian Gulf States with the largest healthcare market in the Gulf region. The Saudi government recently launched an ambitious five-year development plan, worth €14 billion, to develop 121 new hospitals and upgrade 66 hospitals. The Saudi Health Minister further announced the development of 33 new hospitals within two years. As a result Saudi Arabia is looking for the latest technologies and innovations in hospital design, fit-out and  medical systems and services in order to realise these projects.

The Saudi Arabian healthcare infrastructure is experiencing an increasing need for more and better medical services. Various factors have led demand to escalate including a rapidly growing population along with high rates of chronic diseases such as diabetes, cancer, cardiovascular diseases and other obesity-related illnesses. Furthermore, the long life expectancy of Saudis creates another pressure on the local healthcare system. The government reported in May 2011 it would need more than 41,000 new hospital beds and the number of hospitals will need to increase from 364 to 502 as part of new healthcare plan. To cope with this pressure, the government has launched an ambitious plan and allocated more than €14 billion for healthcare construction. One of the major projects the healthcare plan will include is the building and equipping of 121 new hospitals and clinics across the country. Saudi Minister of Health announced in November 2011 that 33 new hospitals, five of them 500-bed, will be ready within two years, “At present the Health Ministry is implementing 195 projects such as health towers, specialized hospitals and health centers,” he added. He also announced that his ministry has started operations of about 800 of newly planned 1,414 primary health care centers in different parts of the country.

These new  healthcare development projects will inevitably increase the procurement of medical products and services. Dutch medical companies can benefit from these developments and this trade mission is to put you in touch with your relevant counterparts in the Saudi medical market. Below we have selected a number of planned and under construction large medical projects.